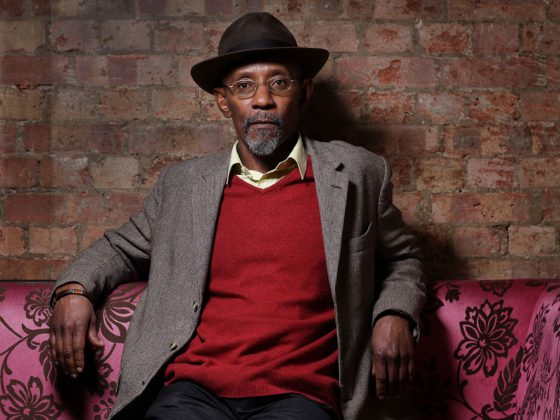 After 30 years of writing, recording, and activism in civil rights, Linton Kwesi Johnson is being honored yet again with the publication of Selected Poems in the Penguin Classics series. It makes him only the second living person to be included in the collection, and the very first black author to be published in the series often thought to dictate the literary canon.

Linton was born in a small town in Jamaica before moving to London at age 11. While studying sociology at Goldsmiths College he joined the Black Panthers, helping to organize a poetry workshop within the movement. Race Today published his first collection, Voices of the Living and the Dead, in 1974; Dread Beat An’ Blood was published in 1975, followed by his first LP of the same title in 1978, and a documentary also titled Dread Beat An’ Blood was released that year. Fast-forward to 2007 and Linton now has six books, over fifteen albums, multiple films and a successful record label, LKJ Records, to his credit. His involvement in the creation of dub poetry has lead people to refer to Linton as the “father of Reggae,” and he has traveled extensively, from Japan to Italy, Germany to Brazil. The awards given to Linton are many, including one at the XIII Premo Internazionale Ultimo Novecento from the city of Pisa for his contributions to poetry and popular music in 1990, and a Silver Musgrave Medal from the Institute of Jamaica for “Eminence in the Field of Poetry” in 2006.

The honour of being included in the Penguin Classics isn’t something lost on Linton, and he’s glad to have achieved such a high profile, something he didn’t think would happen when he began writing in the 1970s. Linton also jokes about being included in the “Dead Poets’ Society,” since all of the other poets are now gone. Even while he’s enjoying the recognition, he thinks that not everyone is convinced he should be included in the series ­– after all, he isn’t dead yet.

Most of the poetry written by Linton is in Jamaican Creole, phonetically transposed so that the rhythm and sound of the language is preserved for readers. Not all of his poems take this form, some are written in standard English – an occurrence that he attributes to a “hybrid culture” of Jamaican speech patterns, where both dialects of English are spoken, and no conscious decision is given to which poems will be written in which dialect. The way Linton writes his poetry has matured over the last 30 years, and he says that, “When you’re young, you have an urgency of expression and it takes time to turn that into poetry.” Poets need to work to find their individual voice, a process, which he personally says took 20 years, although he continues to work hard on all the poems that are published. 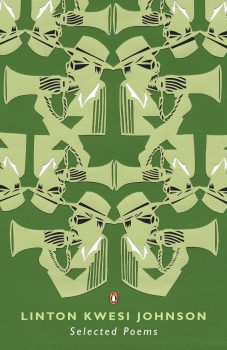 During the course of his new tour, Linton wants to reach new audiences, and “bring the black experience to people who haven’t had that in their lives.” The audiences of today are different than what he first experienced, and the members live in a changed world from the one he grew up in. To this Linton sees himself as a “chronicle of my times,” and plays the role of historian to a generation unfamiliar with the one that his poetry refers to. He’s also changing his purpose with these new audiences; rather than playing the activist, now he wants to simply stimulate people who write. Other than this, he doesn’t think much about his live audiences – Linton “just shows up and reads.” The success of a reading is something he never judges by applause; the real indicator, he says, is the amount of merchandise that leaves the tables. A standing ovation could leave his tables full; while a quiet audience could end up buying everything, indicating that they enjoyed his performance so much they want to take it with them.

Though he toured with the Dub Band at the end of 2007, Linton admits that he’s trying to disengage himself from the music industry; a part of his career that he says has taken its toll. Music was always the part of his career that paid the bills; poetry was never a source of income, but now he feels secure enough to make poetry his main focu

Mama,
I really don’t know how fi tell yu dis,
cause I did mek a salim pramis
fi tek care a likkle Jim
an try mi bes fi look out fi him.

One a dem hol awn to Jim
seh him tekin him in;
Jim tell him fi let goh a him
far him noh dhu notn
an him naw teef,
nat even a butn.
Jim start to wriggle
di police start to giggle.

an crash
an ded.

Mama,
don fret,
dont get depres
an doun-hearted.
Be af good courage
till I hear fram you.

I remain
your son,
Sonny.