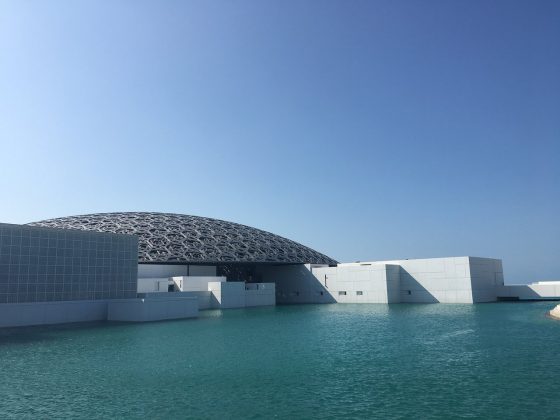 The Department of Culture and Tourism – Abu Dhabi (DCT Abu Dhabi) announced that a selected number of museums and cultural sites in the emirate are ready to welcoming visitors starting June 24th. Strict health and safety guidelines and precautionary measures were implemented in the selected sites to support community recovery after the long lockdown in the last months.The first sites that will be reopened to the public include Louvre Abu Dhabi, Qasr Al Hosn, and the Cultural Foundation’s exhibition and Artists in Residence studio. Also reopening will be Al Ain Oasis outdoor areas, Qasr Al Muwaiji, Al Jahili Fort and Al Ain Palace Museum.

Louvre Abu Dhabi added to its digital offering by releasing a 20-minute cinematic podcast entitled WE ARE NOT ALONE. Composed and produced by SOUNDWALK COLLECTIVE, an experimental group of artists and musicians, this podcast invites audiences to discover Louvre Abu Dhabi’s unique architecture through a science-fiction narrative. The podcast is accompanied by a short film that reimagines the museum as the backdrop to this poetic tale that takes place in a post-human galaxy thousands of years in the future.

WE ARE NOT ALONE by Soundwalk Collective is available on Louvre Abu Dhabi’s website in six languages. The story is narrated in the voices of renowned international talents including Emirati singer Hussain Al Jassmi in Arabic, American actor Willem Dafoe in English, French actress and singer Charlotte Gainsbourg in French and English, Chinese actress Zhou Dongyu in Mandarin, Russian is narrated by DJ, singer and producer Nina Kraviz, and German by filmmaker and playwright Wim Wenders.

The work utilises an original script written by Stéphan Crasneanscki. The story draws on the unique geometry, architecture and concepts behind Louvre Abu Dhabi’s creation. The experience begins with a message from Louvre Abu Dhabi’s architect Jean Nouvel, recorded for future generations. A narrator then places the audience within the tale’s futuristic world, inviting them to imagine the museum’s surroundings in a galaxy that has survived long after human extinction. Posing questions on free will, human nature and destiny, the experience reflects on the human condition in a dystopian future ruled by Artificial Intelligence.