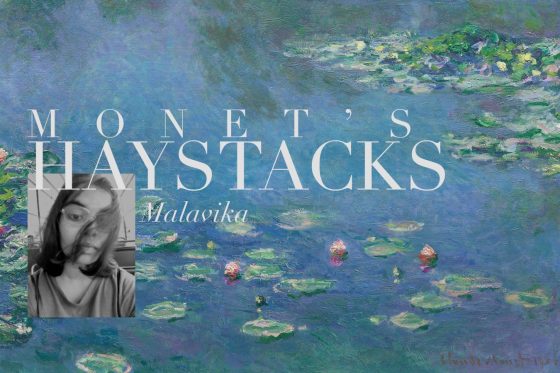 After all, I have always admitted  that I couldn’t admire Monet. The silence after a painting that Braque spoke of, I never got it when I stared into Monet’s paintings. There are painters who are private, who are often misunderstood or even more, enjoyed and looked at simply for their expendable qualities, the qualities those slowly wither off and revive with time. There are painters and writers who have spent their whole lives as painters and writers themselves, who managed to live and work their art while making way for others, while conflicting with others, whose works were accepted during their lifetime and even applauded for their geniuses. There are painters who appeal to some and who don’t appeal to others, who oust the young and embrace the old, who men admire, and women ignore. 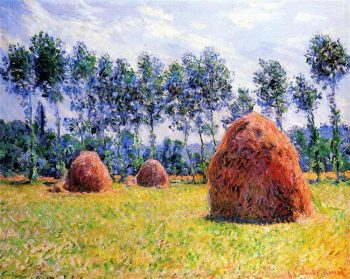 There are painters, as many painters as Tolstoy’s hearts. Years later, sometimes decades and centuries after their periods of prolific creativity they are remembered, relooked, and sometimes remixed. One of my close friends once enquired, during our tea-time chatter “Who is your favourite painter”, I picked Degas and Van Gogh, maybe Schiele and a little further Munch, but not Monet. Not Monet’s Water Lilies nor Haystacks, = not the Luncheon, not the pond and the bridge that Banksy ‘subtly and rebelliously’ subverted with orange road cones. None of it. But years later, or days forward I listen to Keats sing

“He stared at the Pacific—and all his men

Looked at each other with a wild surmise—

Silent, upon a peak in Darien.”

We have all been to Darien, haven’t we? Darien or Oslo, we mount on the bridge from which Munch painted ‘Despair’, and look down the railings, holding to it, without a hat, without trespassers. The sky changes to somewhat like a light green and baby pink, cobalt hue on its pillars. If the man in Munch’s ‘Despair’ gazes from the top of the bridge surrounded of dense landscape, downwards to the cold waters which the viewer is restricted an immediate glimpse of, unless strained through the gap of his shoulders,  Monet paints the bridge straight for us. He says, see the bridge, the bridge where you do not belong, I have made it with flowers and leaves and lilies, a bridge you cannot cross, but covered of joy and stillness, to look at. 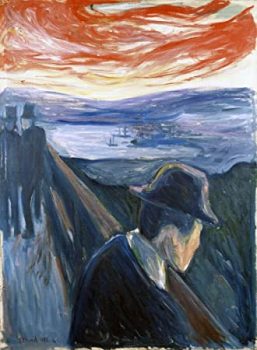 We know, there was nothing offensive about Monet. Nothing particularly hot and desirous about how he painted the luncheon of his woman and kids. His own portraits with the saint-like beard, and a distilled eye, and we are sometimes left wondering- whatever he painted he painted bit drab, without dazzling colours and heavy lines, without the rules of nature- unlike Seurat and his contemporaries. He painted with a sense of coolness, a sense of coming back and settlement. Monet’s haystacks, usually appraised for its ease, grains- pinkish, almost orange, sometimes scarlet and brown, light green and light, simple rays of light on the grain and more. In one of his haystacks, the sky is warm and burning, almost like Jan van Eyck’s ‘Last Judgement’, men in hell. But Monet, he doesn’t lose his cool with the warm backdrop, the front layer of the painting compensates for the hot sky, with cool cobalt and shadowed darkness that tops the hay, continuing to burnt colours, a mix of scarlet and umber. The improbability goes on to all other haystacks of his. When it is winter, there is frost that sticks to the mouth of the stack, but he still doesn’t make the snow cold enough, not gelid, neither imperturbable. At the end of the day that is what it is all about, isn’t it? an impression, a moment in freeze. 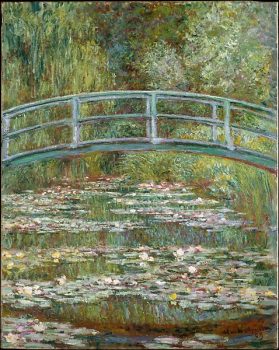 The light, they say, is a movement to death, the eternal stillness of seasons, and the human heart that evolves with time, the age approaching while beauty withheld, the stillness of the world however meagre human life is, a paean for transformation and tranquillity. The light when it falls over grains of the haystack, they say meaning to life, and the quest for truth, sometimes finding meaning about everything that lingers around, a mundane ordinary life lived outdoors, or an outdoor tea break for selfish leisure. Sometimes the light that holds the position of twin-stacks at the level of the viewer and the horizon that crosses beyond it. The horizon moving away, farther yet not blank, covered, and dense, but still far and yes still. 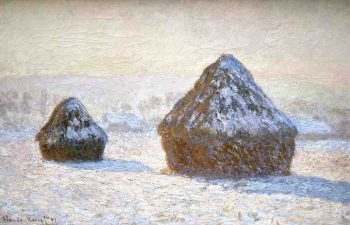 I have heard them say, you only understand Monet when you grow old enough for him, when your presence is distilled, refined and insignificant enough. But I have also heard them say you know Degas when you are even older, to hear the ballerinas, and the deepened agony, the voice of the vast indoors. I wonder what is it that I never got in Monet, or at least until now, what I couldn’t find in him, the solace I don’t meet. Every time I look at one of Monet’s haystacks, I look closely. I feel a sense of alert clicking on my toes. I sit with it as if meeting the eyes of a silent companion.