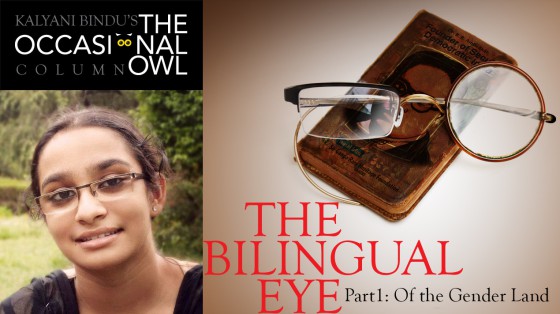 Calculated coldness is a hard earned trait for many- scientists whiling away their time in grotto labs, feeding white mice and hamsters with strange drugs, menial labourers amidst the squalor that they learn to call ‘the banality of life’, farmers in their imperium of bunches of fruits and layers of inflorescence, female homemakers shuttling between ever-replenishing homely deadlines, politicians in their impersonal whitened world, talkative messiahs and terse monsters, both at once.
World is a playground, where double standards toss the inevitable coin.
The Indian train reeks of poverty. You see the poor, indifferently nodding away the advances of some depriving hierarchy. When the crowd on the Indian train disperses, you see their blatant postures, as they sit on the deck and stretch out their tenuous legs, unashamedly re-claiming the ‘public space’ that only the poor is free to use. You see their headless, tin-walled slum dens, their artful kitchen instillations sprinkled with puckered tarnishing vessels, their secret peeing nook eyeing the splendour of some sophisticated neighbourhood where queer princely dogs walk with their sophisticated masters, their sleeping nooks where poor beggar dogs lumber about patiently dodging choirs of mosquitoes – all under the sky that was graciously entitled to them by the sentinel government. The well off middle class is just a leisurely walk away from the poor-encroached public spaces. As you sit in front of the laptop, shaking your packaged fruit juice to make sure that no putrefied insect or dirty kerchief goes unnoticed into your sensitive belly, nauseous at the very thought of finding one, you understand how important it is to be double headed and arithmetically cold to think straight in this twisted world. There are no double standards, only many ways of seeing- the multilingual eye that speaks many languages.
There are odd moments in routinely life that make your eyes speak different languages. They may be rather puzzling. 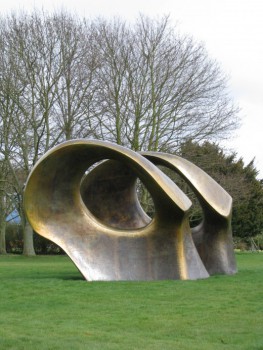 Death is a distant ghost. As the sober Yudhishthira of the Mahabharata puts it, “We live as though we were immortal”. There is a sense of playful infinity that outlives every second. Yet, there are moments when you feel that you should embrace the possibility of death. I embraced that possibility, reluctantly, with all the stony coldness I could put into my heart, as I sat in a friend’s reckless car rocketting through the stampede of Chennai traffic as though it had replaced wind itself. The reckless driver pushed and pulled at the gear; the car zoomed on like a magical carpet blind to scared vehicles flitting like one-winged birds as it caved in, and scared pedestrians mouthing rounded terror with their eyes. Was that magical human playing with his friends’ lives? Was he insensitive or just naive? Did driving pass as ravaging the road and raiding a couple of lives? Or was he just politely giving us the ride of our lives? This may sound like a petty, self-important family of dilemmas. They are not. You really have to be multi-headed; straw- like thoughts won’t suffice to make that reckless friend feel loved.
The world was largely straw-dimensional in its thoughts, and it still, largely is. Social Darwinists took eugenics to new non-biological blind levels. They couldn’t comprehend the abyss stretching between the well off intellectuals and the impoverished life-struck imbeciles in any other way (at that point of time, perhaps). Religious fanaticism still feeds off riots in India. Religion is an irritable blind god in our country. Genocides hit temporal blind spots. They are prematurely forgotten- they stare like curvy legged, pot bellied children levitating around, between ghosts and basic amenities.
Blindness at various levels.
The kind of multi-dimensional ultra modern world that we, at least subconsciously live in, is still an illegitimate child of a straw-dimensional historical parent vehemently denying the reality of a disturbing paternity test. Such is the paternity of ‘gender’- a confused, hyperactive youngster still questioning the direction of his life. Did his parent inadvertently pass on his one-dimensional vision to him? How is he located in the modern world? Who should he dress up as? 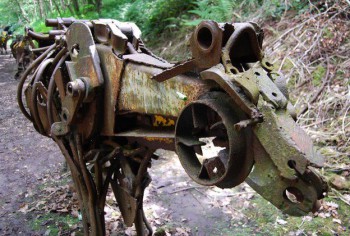 The sense of gender is an alter ego borne out of our body’s genetics and stoked by society’s hereditary mind. It is a parasite that feeds off the individual. It weakens the person if its sucking vines start puncturing the individual’s sense of freedom (which is far, far away and liberated from the matchbox of gender clichés) and leaking it. He/she ends up being a walking instruction manual of gender roles. The gender parasite becomes an angelic alter ego if it adds to the individual’s broad mindedness by feeding off it. An example is necessary here.
Most primates are territorial. They defend the piece of land that provides for them. Conquering of neighbouring tribes and subsequent expansion of the territory translates as some ‘expansion’ promoting better ‘freedom’ of movement, lesser need for ‘sanctions’ through war. Humans have more mentally palpable versions of territoriality. There is the sense of ‘land’ that impinges on our psyche. There is the sense of ‘heritage’ that political parties successfully deploy to map a continuous cultural territory within which people may be branded as looters of ancient riches and crusaders of cultural visage. A human has to expand these mental territories to assert freedom. So, a female writer has to write about the female body, for that is what is anaesthetised and sealed away in frosted evidence packets by moral headmasters, and that is what is intricately elucidated by and written about by male writers. She reclaims the gender territory. But if she pitches her tent on it and starts breeding a she-farmer community of her own on that piece of gender land, she becomes a territorial she-emperor. What of the land beyond the female fences? The gender alter-ego becomes a hysterical parasite, blinding the human, casting a noisy gender graffiti wall between her and the unexplored land beyond. We, as humans, as diverged as we are from our distant ape-human ancestors and distant ape cousins, assert individualism. We go by it when we talk about broadmindedness. Territorial kings and queens are not our role models when we talk about broadmindedness.
Territoriality becomes the single king-sized dimension here. Driving past territoriality becomes the crucial broadminded act.
The existence of genders overwhelms us, so much so that our world becomes one that is made solely of two sub-worlds- the female world and the male world- split not by hazy flowing boundaries, but by prickly, twisted wire fences. There are no gates in between. No room for stories without morals. Transgenders find it hard to learn from such a linear world. People try to ‘understand’ them. They say that if they are biologically ‘destined’ to be so, the gateless gender world is no one to behead their identity. This is called ‘accepting with calculated coldness’. It is some linear retort to some one-eyed question. It is like replacing the dingy, rusted cage of a migratory bird-a prisoner by birth-with a bigger, fancier cage, when it starts rattling the cruel prison by incessant flapping of its hungry wings. Justice doesn’t automatically follow this gratuitous understanding either. The understanding goes only so far as a state-fearing priest-detective would go to investigate the murder of an atheist shot by some prime minister in conspiracy with god himself. 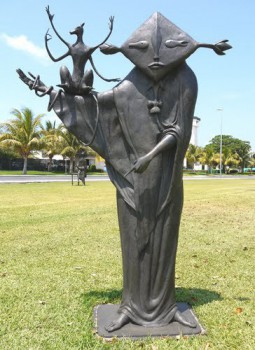 Biology is one linguist that speaks well, in this case of gender standards. And humanity, not the one that ‘accepts all’, but the one that ‘understands the historical and political burden of a community that had to put down violence as a journal entry into its memory, because of its apparent strangeness’, is the second eloquent linguist. Two sensible linguists make a good debating duo. The first one is a wisely creature with ever-fidgeting hands and ever-sleepless eyes. The second is a struggling creature dying to place itself in this world of sabre toothed mermaids called hierarchy and conceit, beastly and elegant, all at once.
It is difficult to be serenely composed before a theatre where poverty, social strata, religious fanaticism and gender absolutism play out their seemingly simple roles. They are clever actors. They leave so many unsaid words, unsounded sighs and obscure gestures between the lines. Your eyes have to speak in different languages, be adept at their nuances, to gather sense from the play. You have to have multilingual eyes, or at least, bilingual eyes, for only two lonely languages may invite one another for duels as they invite one another for conversations over tea on hartal days.