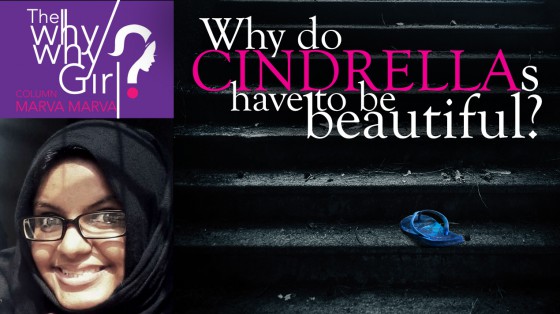 Beauty! Its complicated, to talk about and grasp, because it is conceived as subjective. By beauty here, I am referring to the physical beauty of human beings and the everyday life revolving around the same. I call something pretty, when ‘I’ think/feel something is so. You call something cute, because you feel it is so and someone from the same socioeconomic-cultural context of yours may not feel the same. Yet somebody from a different context may agree with you. But sometimes, everybody seems to agree this person or that person is beautiful. There’s a pattern in the ‘bodies’ highlighted or heroised or in cinemas, art, literature, advertisements and promotions and… matrimonials! But have you ever wondered, why or what makes almost everyone conform to this one ideal of beauty, with all its inherent racism, casteism and sexism.

Why neither a short nor a fat woman ever wins the beauty pageant?

Why do the air hosts and airhostesses need to look like painted dolls (Ouch! Its called ‘being presentable.’ 😛 ) ?

Why do the studies show that even in gestational surrogacy where the surrogate is not genetically related to the baby, Brahmin/High caste-class, white skinned women are preferred dark skinned-low caste ones?

Why is it necessary that spouses be of the same height and weight or if not, men must be taller than women but not vice-versa and why of the skin is favored when it has nothing to do with living life?

Have you ever thought that what would be your life if a few acid were spilt on your face, body?

Because as said before, there’s this constant portrayal of one-figure idealization of beauty , binarized beauty idols through the media, which are far away from the reality, images of highly made-up models and later edited using latest photo editing technologies. We stand in front of the mirror and compare ourselves to these glorified personas of beauty and feel insecure and uncomfortable. step? From little rouge touches to costly cosmetics to anorexia causing imbalanced diets to plastic surgeries, silicon additions owing to breast augmentations and injecting hormones for shapen the flabs and muscles! Not done, to add on the best suiting and trending designer clothes and accessories. We may be heading to the little corner shop just across the street or the city mall, or to the tiring school or the weary workplace, wherever, the ‘acceptability and attractiveness of our looks’ concerns us a lot, sometimes a bit more than anything else. Now, ultimately who are we? Am I just a protruding nose, chubby cheeks, hairless head and toothpick-like fingers? Well that all counts and matters, but there are other things too, my thoughts, actions, speech, attitude, my tears, laughter, smile, love, hatred and so on. Just like Roald Dahl wrote in his ‘The twits’ , 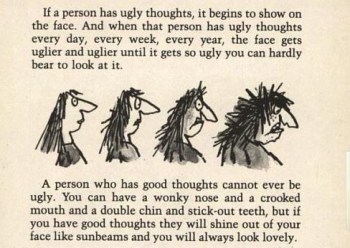 Look at the ‘Be beautiful’ ads which pop in before chosen YouTube video, they urge you to look like this during your parent’s’ anniversary, perm your hair this way, get eyes smoked – the ONLY FOR WOMEN everyday beauty tips, though we never need them. Now you may ask, yes I like to look beautiful, what’s the big deal gotcha? Well, think from where does this necessity to look in a certain way comes from? The choice to be so, is caught in the labyrinths of the socio cultural life which you mould and you contribute in moulding as well. From when did plucking eyebrows, lining eyes, using a face wash creep so much into our life to become the norm?

There’s immense difference and diversity in conception and perception of beauty across regions and time. In Calabar in Nigeria, there are fattening rooms, where brides and wives are sent to eat and sleep thus to put on weight, as the more fat you are the more rich and beautiful you are. Women are convinced by their husbands to go, since the fatness of their wives symbolize their wealth. At the same time, the Wodaabe tribes in Niger have beauty pageants where men compete and women judge and choose their lovers. Meanwhile women in west nowadays prefer to be tanned as that they are rich enough to spend holidays in a hot country. Though the diversity is well-appreciated, the fact that the external appearance becomes the criteria to judge a person is dangerous and racist. 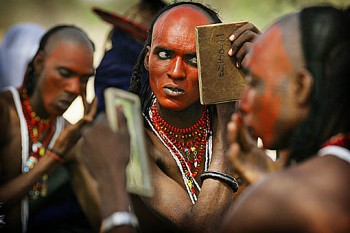 Wodaabe men in Niger preparing for the beauty contest

Chuck the gender binary, when it comes to fashion industry,‘androgynous’ (partly male and partly female in appearance; of indeterminate sex) models are popular and signified. But this is limited to the elitist circles of fashion and when it comes to social life, relationships, other professions it’s different.

Look into the acclaimed youth festivals of Kerala, be it Thiruvathira, Margam Kali or Oppana or Bharatanatyam, male or female, every participant undergoes a whitening process. When the teachers select the most fair and beautiful girl in the class with ample breasts and ass for the ‘bride’ position, tall and good looking guy for the ‘groom’ in Vattapattu, those chosen for ‘tribal dance’ (Something they do with some tree branches and leaves!) is smeared with black mud. Is it that the ‘High to low’ caste is racially a ranging of ‘White to black’ ?

Talking about old school days, my friend once told me, how teachers never allowed them to untie hair and scolded its something ‘prostitutes’ do and I remember that attempts to make yourself look good were considered immoral as it is perceived as an effort to sexual appeal. Meantime, you are suddenly asked to beautify yourself when society thinks you are approaching the marriageable age and especially when you have to exhibit yourself in front of the proposing person and their family. So in the temporal and spatial spheres of social life beauty can be moral and immoral. Seeking beautiful spouses has different dimensions ranging from physique identified with social status to sexual life. But its actually the socially and culturally created knots in our hearts that limits our vision of beauty. Sexual pleasure has nothing much to do with the proclaimed standards of beauty, shapes, sizes and skin complexion of body.

So do not let the GARMENTS* alone matter, take time and effort to look and learn nudity.

Tail of the tale: When you turn back to childhood and recollect the mythical stories you listened to, those of Snow White, Cinderella while playing with the wretched Barbie dolls, there’s a deliberate association of beauty (white skinned and particular body features) with goodness of behaviour. While the evil stepsisters and stepmother of Cinderella are always etched with darker skin and round nose.

Ironically, Cinderella means thus because of her beauty and “Cenerentola” comes from the Italian word “cenere” – cenere (ash – cinder) owing to her ashes in her body due to the kitchen works and made to sleep near the fireplace as its winter, since she is the servant. Though the story may have a moral of a high class – the prince marrying a poor girl, a servant thus breaking the boundaries of class hierarchy. The significant reason why the prince marries her is because she is ‘beautiful.’ The Indian version of the same story titled ‘Chaambali’ was taught to me in class VI or VII, where the Prince re-finds Chaambali (Covered with ashes) into Chameli (Jasmine) and saves her from the evil and ugly foster family. This rhymes with the real incident of the poor girls in my neighbourhood who got married off to rich or middle class families because they were beautiful. So, What sells in the market? 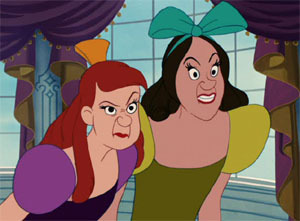 Evil stepsisters of Cinderella
*GARMENTS
Kahlil Gibran
Upon a day Beauty and Ugliness met on the shore of a sea. And they said to one another, “Let us bathe in the sea.”

Then they disrobed and swam in the waters. And after a while Ugliness came back to shore and garmented himself with the garments of Beauty and walked away.

And Beauty too came out of the sea, and found not her raiment, and she was too shy to be naked, therefore she dressed herself with the raiment of Ugliness. And Beauty walked her way.

And to this very day men and women mistake the one for the other.

Yet some there are who have beheld the face of Beauty, and they know her notwithstanding her garments. And some there be who know the face of Ugliness, and the cloth conceals him not from their eyes. 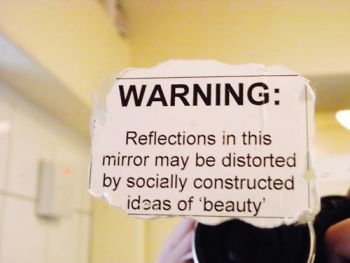